As per recently released news, it has been found that the Communist Party in China is thinking about using blockchain technology as a critical innovation for its nationwide social services.

Recently, the central committee of the Communist Party of China issued a policy paper that made clear that regional departments will get guidance on reforming and improving the social assistance system of China.

As per the document, it has been said that the new policy will be a people-centred approach. As per the proposed system, the party is eyeing on providing a strategy that can improve the essential social protection services in the country and also offer emergency distribution resources and relief. Also, you could see what was Joe Biden 2020 work.

Why use blockchain technology?

As per the agenda set up by the Communist party in China, they have the vision of using modern technology and digitization to address the needs of the citizens and also to analyze the sections that are devoted to the digitization reforms.

The party is working towards establishing nationwide connectivity and a digitized social security system in the nation. The party is of the view that the use of blockchain technology can be one of the best ways to boost connectivity from the grassroots level to the national levels. In addition to the use of Blockchain technology, the party is also working towards using Artificial Intelligence, Big data, and 5G in the social assistance program.

As per a party leader, Blockchain technology is seen as a cornerstone for Chinese State Policy.

As per the latest news by our sources, the Huawei and Beijing’s Municipal government have developed a blockchain directory that will be used to provide the best quality urban governance.

The municipal government of Beijing wants ordinary people to be the direct beneficiary of the new infrastructure that will integrate blockchain technology.

In addition to this, developers working towards the overall framework of blockchain in China confirmed that they are going to use stable coins as a means of payment within the enterprise blockchain ecosystem.

TENKER Q5 Is An Affordable Mini Projector With 1500 Lumens 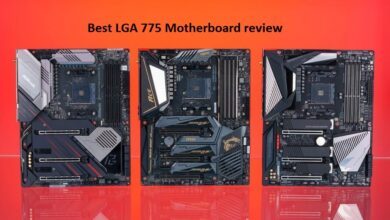