It’s no secret that game developers always look for ways to keep players engaged with their titles. In fact, they’ve often been criticized for adding microtransactions and loot boxes to games to make more money rather than focusing on making better games. But what if there were another way? What if you could extend the life of an existing game by adding new content or customizing it to work better for you? If you’re interested in doing this, then consider using mods!

Here are a few of the benefits of using game mods:

Mods are a great way to expand the reach of your favorite games. Mods can add new content, such as levels, characters, weapons, etc. They can also add new storylines and missions as well as game modes. For example, if you’re playing Call of Duty: Black Ops 4 on PC and want to change up how you play it with some friends online, mods provide a lot of options for that.

When you mod a game, what you’re doing is changing its appearance, functionality, and audio of it. This can be done in many different ways depending on what modding software or hardware you use.

In an artistic sense, this means that if your favorite games were created by artists who had no say in how their work looked or sounded at launch—or even after release—then there’s a good chance that those games will never look how they should have looked or sounded when they were made available for public consumption by their publishers.

Another benefit of using a game mod is that they help your computer run the game more efficiently, even if it has lower specs than developers originally intended when creating said title. This means you will get better frame rates with fewer glitches and errors while also enjoying better graphics due to being able to raise your graphics settings without having them crash on you during gameplay sessions–which would otherwise happen if you were running at maximum settings without any modifications whatsoever!

Since you can raise your graphics settings without errors occurring on a lower-end computer when modding, you can enjoy a more immersive and realistic gaming experience!

If graphics are important to you, then this is the best way to ensure that your favorite games will look their best at all times. After all, what’s the point of playing a game if you can barely make out any details or the characters in it?

While some people may prefer to play a game as it was released, others like to use game mods to enhance the gameplay experience. Gameplay tweaks can be used to fix bugs, glitches, and exploits in the original game. They can also be used for balance tweaks. In addition, some game mods add new items or quests that weren’t included in the original release of a game, while others make additions that make games more realistic.

Mods are a way to add enjoyment to your games

That’s what mods do: they make your favorite games even better than they were at launch. They allow you to play them how you want to and experience them in ways that weren’t possible before. Many modern games wouldn’t be as successful if it weren’t for communities creating mods and sharing them.

So, if you want to enhance your gaming experience, then consider using game mods. You’ll find that they’re a great way to customize and improve your favorite games! 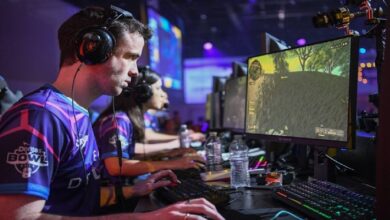 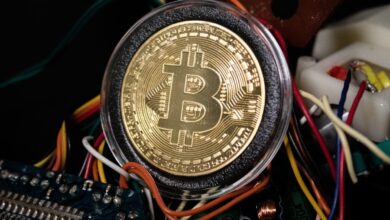 The Essence Of Bitcoin Casinos