It doesn’t matter whether a conversation is taking place online or in person; it’s always way too easy to find yourself drawing a blank right in the middle of it. This won’t matter that much if you’re talking with friends or interacting with the barista at Starbucks, but what if you’re talking with a stranger in a random video chat online? Not only could it be a bit embarrassing, but they could also decide to leave the chat and find someone with more to say. This could happen during a nude chat on a site like Flingster, or on a regular old video chat on Omegle. Whatever you’re getting up to in an online video chat, though, it’s always best to be prepared in case there’s a sudden lag in the conversation. You don’t have to come up with anything ground-breaking; below you’ll find 10 questions to ask your online chat partner if the conversation doesn’t seem to be taking off on its own.

Article Index show
1. What would your dream job entail?
2. What would you do with a million dollars?
3. What would you do for a day if you could do anything?
4. What’s the #1 item on your bucket list?
5. How many siblings do you have?
6. Do you own any pets?
7. Which personal accomplishment are you proudest of?
8. What are your favorite hobbies?
9. Do you already have a topic in mind?
10. What’s your name?
Which questions will you use during your next online video chat?

1. What would your dream job entail?

Most people know what their dream job would be, but very few people are actually doing it. Escapism is a big part of the entertainment factor of random video chats, so this is a great way to tap into that and let their imaginations roam free. Plus, who doesn’t want to talk about earning money while doing something they love?

2. What would you do with a million dollars?

Here’s a slightly silly one. Whether they’re 18 or 80, most people would be able to come up with some very imaginative answers to this question. Would they invest in their own business venture, or splurge on a fantasy vacation? Would the money be put towards real estate on Italy’s west coast, or would they buy a ranch in Wyoming? You never know what they’ll say, but it’ll sure be fun to listen to!

3. What would you do for a day if you could do anything?

This is another question that lets their imagination run wild. Would they pick something like bungee-jumping or white-water rafting, or would they prefer to revisit a place that holds special memories? It doesn’t even have to be within the realm of possibility. They could spend the day with historical figures, or travel into the future and see how the world has changed.

Here’s something a little more realistic, but no less exciting to think about. This question will also tell you a lot about the kind of person you’re talking to. Do they dream of traveling through Kenya, or do they want to see their favorite band performing live? Maybe they want to learn a particular skill that hardly anybody knows anymore. Everyone’s different, and there are loads of cool things to do; you might even get some ideas for your own bucket list!

5. How many siblings do you have?

This question might be a little mundane compared to some of the others, but it’s still very effective at getting your chat partner talking. Just make sure you don’t sound like you’re being nosy, though; personal privacy is important when you’re talking to strangers online. Whether your chat partner loves or hates their siblings, they’re sure to have plenty to say about them.

Just like the previous question, this is practically guaranteed to get the conversation rolling. You might even run into some of the people who think of their pets as their children. They might give you a description of their pet’s personalities, or a rundown of all their little foibles; you might even get introduced to the animals on-screen!

7. Which personal accomplishment are you proudest of?

Even though this is an easy way to fill in accidental lulls in an online chat, it also shows your chat partner that you’re interested in what they have to say about themselves. Most connections formed online aren’t that deep, but if there’s a potential friendship waiting to be developed with your chat partner, this is a great way to get it started.

8. What are your favorite hobbies?

You might meet someone who’s spent the last 15 years collecting Beanie Babies, or your chat partner might show you their expert woodworking skills. Their hobbies might not interest you personally, but it’ll still be cool to see how enthusiastic they are about whatever they get up to in their spare time. This also gives you the chance to show off your own hobbies!

9. Do you already have a topic in mind?

This is a more open-ended question, since it puts the ball in your chat partner’s court. It’s great to be prepared with some questions of your own, but you should also make sure that the online chat doesn’t turn into an interview. Some of your chat partners might be on the shy side, so it could help them open up if you gave them a chance to take the lead. This also communicates your interest in getting to know them, not just in killing time in random video chats.

When you land in a new video chat, the easiest way to start the conversation is to ask the other person their name. Not only is it the polite thing to do, but it starts the chat off on the right foot. Keep in mind, though, that it’s best to stick with first names only; if you seemed too inquisitive about their personal details, you might come across as slightly shady.

Which questions will you use during your next online video chat?

You can use them as needed, or you could structure your chats around them – it’s up to you! These questions are versatile enough to be used with just about anyone, so you could work them into a conversation whenever you wanted. Now all you have to do is take some of them for a test-drive and see what happens! 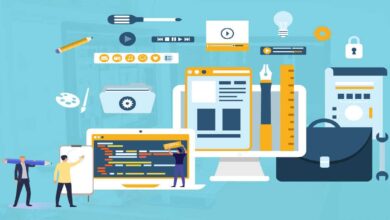 Understanding who to start investment in Bitcoin in India 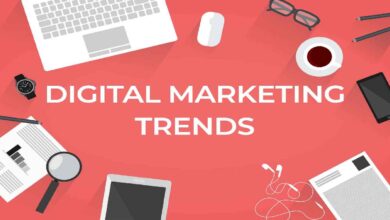 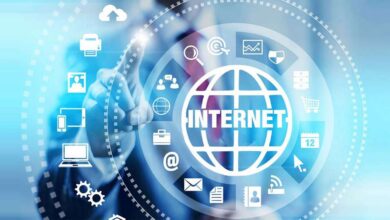 How to get internet on your boat in 2022