If you are a beginner in the world of digital currencies, you may have heard little about Bitcoin. But this popular cryptocurrency has been around for just over a decade and, when compared to traditional currencies, its storage methods are very different.

Cryptographic wallets, wallets, or purses are known as those interfaces, software, applications, or platforms that allow you to store, send and receive digital currencies. Similar to a bank account, wallets contain private keys and secret codes that allow you to use your coins. However, the difference is that in many cases there is no intermediary between the user and their money, weighing the responsibility on the funds and their safety on each one.

Regardless of which wallet we choose, private keys are the most important thing when starting to use cryptocurrencies and they are the only thing that will give us access to our funds.

In this article, we will limit ourselves to showing non-custodial and independent wallet options to exchange platforms. When it comes to investing in a cryptocurrency, choosing a secure wallet can be equal to or even more important than the currency we choose to buy.

With this in mind, let’s go over some of the most secure wallets that offer user-friendly interfaces, especially for those new to the crypto space. For this list, we have taken into account some of the wallets suggested by DiarioBitcoin readers in a public consultation carried out through Twitter.

Available as both a desktop and mobile application, in its versions for Android and iOS devices, the easy-to-use interface makes Exodus.io an ideal wallet for newbies to cryptocurrencies. Originally it only offered a desktop version, but currently, it has versions for smartphones.

Exodus is one of the best crypto wallets on the market, and it was also the most recommended by DiarioBitcoin readers. It offers a fairly wide list of more than 100 currencies: Exodus has many functionalities, among them, the possibility of internal exchange between currencies. In addition, its graphs, tables, and other characteristics allow users to know the performance of their assets.

Available as a desktop and mobile app, the Jaxx Liberty wallet has an intuitive dashboard, which makes it easy for new users to see and have all their cryptocurrencies at hand in one place. It is a multi-currency wallet that offers more than 80 different assets.

Similar to Exodus and other wallets of its kind, Jaxx has various security features such as password and PIN protection, as well as a 12-word backup seed key to recover your wallet in case your computer crashes or is compromised. some other way.

BRD Wallet, formerly known as Pan Wallet, is one of the easiest mobile wallets to use for crypto beginners. The reason is that this wallet focuses heavily on making its software simple and easy to implement.

However, because BRD focuses so much on accessibility, it lags behind some of its competitors when it comes to security and you won’t find 2-factor authentication or more security features. BRD supports Bitcoin (BTC), Bitcoin Cash (BCH), Ethereum (ETH), and a variety of ERC20 tokens.

The recommendation of several DiarioBitcoin users for newbies in the world of cryptocurrencies: Blockstream Green, a wallet available as a mobile app -both for iOS and Android- and as a desktop to store, send and receive Bitcoin. One of its advantages is that it allows you to personalize transactions with SegWit.

Formerly known as GreenAdress, this wallet was acquired in 2016 by Blockstream, the company for the development of Blockchain technology led by Adam Back, based in Canada.

Launched in November 2011, Electrum is one of the oldest Bitcoin wallets in the crypto ecosystem. With open-source software, Electrum is a good choice for both beginners and advanced users. Electrum’s main features are: support for hardware wallets (such as Trezor, Ledger Nano, and KeepKey) and secure storage of Bitcoin using an offline computer.

Compared to the wallets mentioned previously in this article, Mycelium is perhaps the simplest of all. With support solely for Bitcoin, this wallet has been rated in the past as one of the best mobile wallets in the Bitcoin industry.

Similar to Electrum, Mycelium allows you to set custom transaction fees so that users can choose how much time and money you are willing to spend for a transaction to complete. This wallet has some more cool features too, like hardware wallet support.

There are different brands of cold wallets and Ledger are just one of those on the market. Similar to a foldable USB device, the Ledger Nano S is a safe, inexpensive and easy-to-use model with support for hundreds of digital currencies. Other models like the Nano X can be connected via Bluetooth with a computer, as well as with Android or iOS devices.

Another of the most popular hardware wallet options on the market, Trezor. Similar to the Ledger Nano S model, it stands out for its small design, which allows easy portability, and connectivity via USB to the computer. Depending on the model, they can be obtained from USD $ 60, and in all cases, they have support for hundreds of different cryptocurrencies.

It should be noted that hardware wallets are generally not the first choice for novice users of the ecosystem, often due to their high costs. However, if you have made the decision to invest significant capital in digital currencies, the safest recommended alternative to store your assets is a hardware wallet.

Whichever option you take, the general recommendation is to always go to the official websites of each wallet company, either to download the free application in its desktop or mobile version; or if it is to buy a hardware device. Avoid being a victim of scams or theft through fraudulent websites or fake mobile applications. 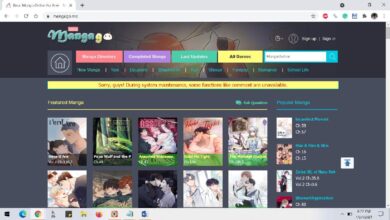 How to Fix MangaGo not working [9 Methods] 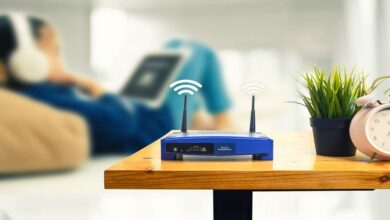 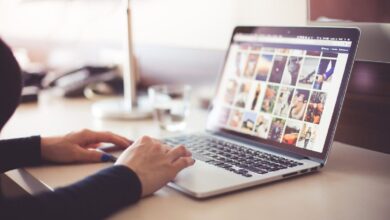 5 Things You Do Everyday That Make You Vulnerable Online 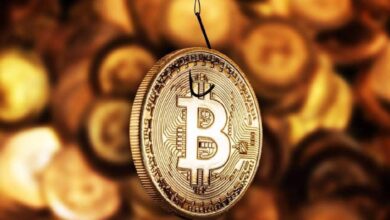