Everybody loves to play the most famous online games in our mobile handsets. Each one of us has their own reasons like handling an annoying kid, youngsters relax themselves and I personally saw even a number of senior citizens getting too crazy about video games. I enjoyed thoroughly playing video games. We have been eagerly waiting each month of the year for the new arrivals of these online games.

These Electronic Arts have become a part of our life. Let’s discuss the most fascinating online games that enthralled worldwide players on Android phones.

Poker is one of the best online games. Whether you would like to play multi-table or multi-tournament games, you can play it online with other users all around the world. If you’re serious about Poker and want to have world-class gaming experience, then you must visit M88. They offer a very secure platform to play Poker games with real peoples, and money all round the world.

To play them, you’ll just need to install their application and sign-up. Additionally, they do offer custom support to their users.  This platform is good for poker players who like a brisk gaming experience. If you’re a newbie, you can learn it as well.

It is one of the best Multiplayer Online Battle Arena games, comes next popular to League of Legends and Dota2. The Guardian has quoted vain glory as one of the best iOS game in the year 2014. It is developed by Super Evil Megacorp. It is one of the ten recipients of Apple Design Award. The most attractive feature of Vain Glory is the art work. Vain Glory has become so famous because of the game’s graphics, characters and level design, but on the other hand it was widely criticized for its poor communication among the team players.

In this game, you have the privilege to select your best hero from the 25+ collections, and destroy the enemy vain crystal. You will be rewarded for your skills and teamwork rather than the money you spent.

Clash Royale is freemium game designed by Supercell. However, if you need certain items you can buy the same or else disable inbuilt app purchases in your device settings. It is the Clash between the Clan troops, spell, your known defenses and love and the Royals: princess, knights, baby dragon. You need to knock down the King and the Princess from their place in order to defeat your opponents and win trophies, crowns and glory in the arena.

It was launched to a limited number of audience in countries like Canada, Hongkong, Australia, Sweden, Norway, Denmark, Iceland, Finland for both iOS and android. The game’s plus point is its exciting, fun element, however, it failed to reach a wide audience because the player has to purchase some of its apps.

Gameloft’s free edition of the N.O.V.A (Near Orbit Vanguard Alliance 3) series in NOVA 3 Freedom. Its release was initially limited to Blackberry Playbook and Windows Phone 8 but later on distributed iOS, Blackberry 10 and other Android devices. The visual treat of NOVA 3 Freedom is the graphics that attract the players to stay glued to the game for long hours. It’s a free game available for download in Google Play Store and Apple Store.

The story revolves around Kal Vardin defeat against Volterites, President Folsom’s assassination and its besieged colonies surrender to the Volterite Protectorate. Kal has been lying low, yet a desperate calls by the Yelena puts him back on track to save the Earth and the Humanity. For a beginner, the multiple allies may jump into the same vehicle which leads to destruction in the battlefield. You need to master your skills to Capture the point, Flag, etc.,. And to win the battle.

The sci-fi FPS franchise is the most impressive and immersive factor of NOVA 3 Freedom. The most interesting part of the game is that the player has to run, shoot, drive vehicles and pilot a match in order to defeat the hordes of enemies.

Heartstone is a collectible card game available for free download. It has reached 50 million players worldwide. Players use cards to sling them or summon the minions (creatures). The game involves several modes to play, casual and ranked matches with daily quests and weekly challenges which helps them to earn additional in-game gold and cards. The player can choose from a deck of thirty cards where the player (you) becomes the hero who possesses a unique power to win the battle against the opponents.

The construction of the player’s deck of cards is the most vital element of the game, which determines the number of cards available during the course of the game. The player is given a choice to buy in-game gold, which he/she can use to create new cards. Heartstone allows the players to hone their gaming skills to win against their counterparts, the computer controlled heroes of Warcraft Universe, namely Jaina Proudmoore, Tyrande Whisperwind, Gul’dan, Uther, Garrosh,  Malfurion, Rexxar, Valeera and Shaman.

The most strategic yet fast-paced, round-paced, amazing power-ups, sharp controls and impressive graphics makes the MODERN COMBAT 5, the most sought after video games of the year 2016.Modern Combat 5 has got worldwide recognition only because of its salient features. Modern Combat 5 comes with various modes such as free-for-all, VIP, Squad Battle, Capture the Flag (C.T.F), Zone Control and Team Battle, wherein the player has to use his/her skills to win over the opponents/enemies.

The player can shoot, crouch, sprint, throw bombs, reload and fire weapons, dodge  obstacles, kill enemies with a knife  and pickup/change different weapons. However, the game was criticized due its bad campaign and that the story revolving around the character doesn’t seem to be meaningless.

Order and Chaos 3 is another version of MMORPG(Massively Multiplayer Online Role Playing Game). Enjoy the game with your online friends taking quests, exploring the vast fantasy world, to achieve a record feat in scores in order to make it to the top of the multiplayer Leader board. You can enjoy the gaming session in your iPhone, iPad, iPod touch. You can become a hero by customizing the advanced character creating system.

Order and Chaos 3 comes with a wide range of gears which you can find and upgrade and you could also interact with other players and trade with them as well. You can become stronger and stronger by building a guild and coordinating with your teammates to overcome the most challenging part of the game, The Legendary dungeons. Enter the Legend now!

Respawnables is the most amazing shooter game developed by Zynga. It is available free to play offline and online, but in order to restrict yourself from the in-app purchases you need to adjust your settings on your device. Its offline mode is designed more than 185+ single missions, fast paced for brisk fun and short battles keep the players entertained for more hours.

The Online Multiplayer Mode went on to become the most famous video game because of its seamless connection & matchmaking. You can team up with your Facebook friends in the battle. The superb quality 3D cartoon style, colourful high definition graphics, ultra-smooth controls, a lot of mix-and-match lock are the most awesome features of The Respawnables. Get ready for the action packed, fast paced game play in Respawnables.

Pixel Gun 3D is the most popular multiplayer game worldwide. It’s an addictive shooting game created by Alex Krasnov. You can play with your friends anywhere in the world. You can customize your character using the special skin maker. Ability to choose local and worldwide players, unique maps, a variety of upgraded weapons, chatting with friends, several online modes are the salient features of Pixel Gun 3D.

It has reached millions of players worldwide. You will face hordes of zombies on all sides and enemies, just wipe them off otherwise you are doomed. Prepare yourself about the gun you choose, enhance your skills and give your best and share your highest scores on the social networking sites like Facebook and Twitter.

Becoming a boxing champion in real life means you need to join a boxing club, get trained, practice for long sessions, etc. But you can become world champion, legendary Rocky Balboa REAL BOXING 2 within few minutes. Yes, you read it right! You will be seen as the legendary player in this video game.

The special moves and punches literally blast your opponent out of the ring. Train yourself with Mickey Gold mill to beat your rival in single player mode. In multi-player mode, you will be facing a whole new set of events and challenges to gain rewards. Developed by Vividgames and has 5 million players worldwide. 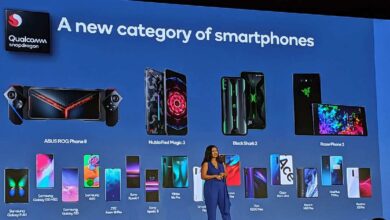 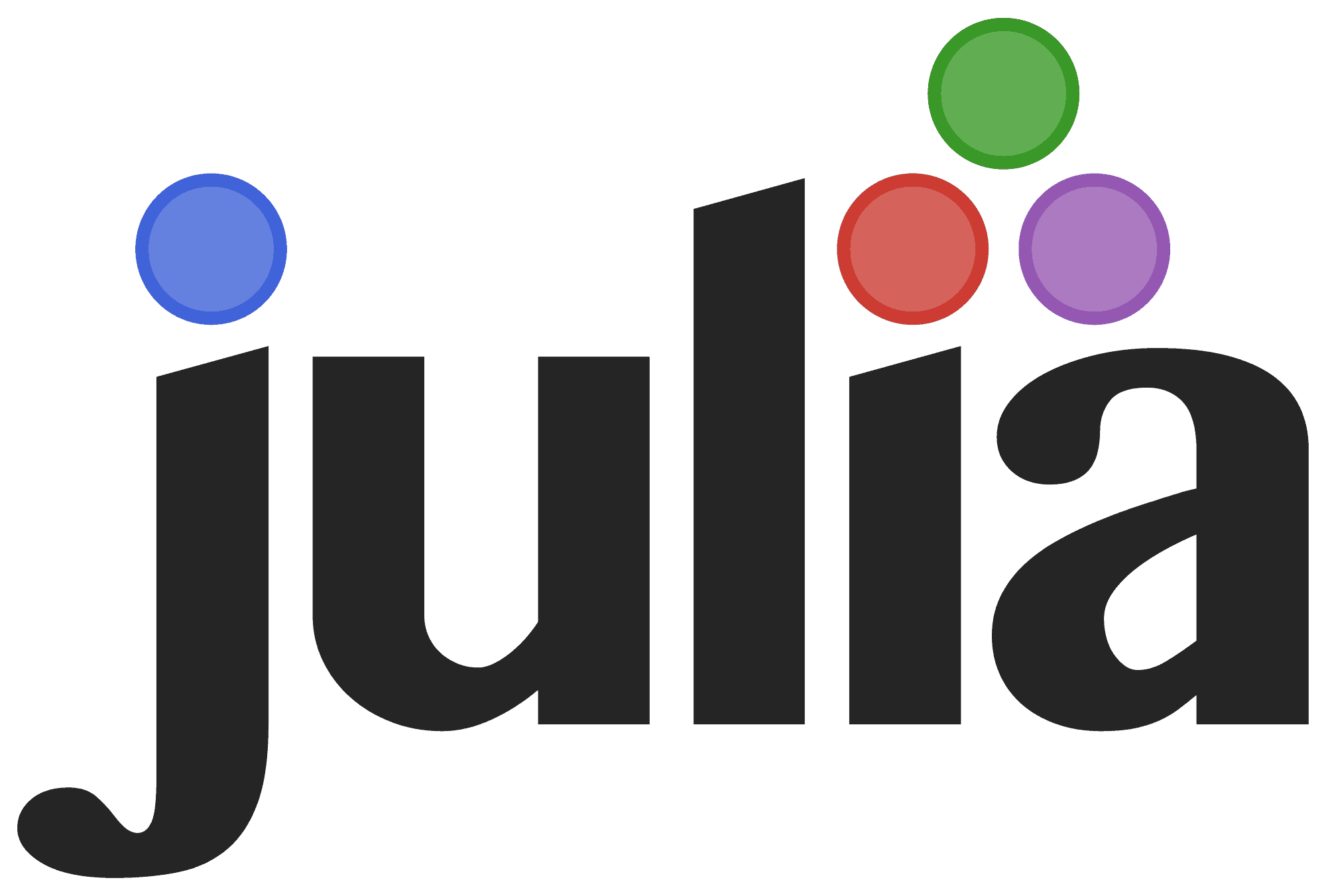