Games with pixel graphics – this is not only a well-established classic but also a modern trend in the game industry. Developers, paying tribute to old projects, or having a limited budget, continue to release pixel games with great gameplay. For the best game, you need a good gaming mouse, though not very expensive. We suggest taking a look at the list of the best gaming mouse under 50. We picked up the best shooters with pixel graphics that will pleasantly surprise you.

Released back in 1993, it is one of the most significant games in the gaming industry. Choosing the difficulty, the user will go through linear levels. The goal is to destroy all the enemies. The levels are hidden caches of medical supplies, ammunition, and weapons. Locations are tangled mazes. There are spatial and logical puzzles, but most of the gameplay is about fighting monsters.

In 1996, Quake made a breakthrough in terms of technology, using polygonal models instead of sprites as the basis for future 3D worlds. This game pioneered the “cybersports” genre, and Software keeps pushing more modern versions of the shooter in this direction.

In terms of gameplay, Quake is not much different from Doom. You will also have to mop up locations on various levels of difficulty while searching for secrets, ammo, and so on.

A commercially successful game from 1992 that became a model for “fast” shooters. Acting as an American scout, the player will try to escape from Wolfenstein Castle during World War II, where he has been imprisoned by the Nazis. Using a variety of weapons, you will wander through labyrinthine levels and fight Nazi soldiers, guard dogs, and mutants.

Created as the answer to Doom, Duke Nukem 3D shooter eventually became not just another clone but a completely independent project that could compete with its counterparts after all. Also, the game introduced several important innovations, such as object interaction and the ability to move in three dimensions. We can say that this project is one of the forerunners of modern shooters.

The authors of Prodeus skillfully combined modern drawing style and pixel graphics. So, the locations remind the modern shooters, but the enemies are made like the sprites from the old-school shooters with the blood coming out of them. The veterans of the genre were at the forefront of creating the game.

99% of the gameplay are ruthless firefights with various monsters under the dynamic heavy metal soundtrack. Other gameplay highlights include explicit dismemberment, powerful weapons, and a built-in map editor that lets players create and share their own levels.

The 2019 game brings back the style of classic shooters. Here you will find a three-dimensional environment but two-dimensional enemy models. Notably, Ion Fury is created with the help of a modified Build Engine, on which the legendary Duke Nukem 3D was developed.

As the perky girl nicknamed “Bomb” who manages a minigun with ease, you will stop Dr. Heskel’s robotic army in the streets of New Washington. The gameplay includes quick firefights and searching for secrets (that are numerous). While the various details the authors have implemented never cease to delight you even after several hours of playthrough.

DUSK tries to scare the player. There will be various monsters with an ugly appearance on his way. In fact, the monsters become victims. The gamer has a killing weapon at his disposal. And, thanks to modern control, the character is quite dexterous.

DUSK borrows graphics and gameplay from the classic shooters of the 90s, but the game has a lot of mechanics from modern projects. In addition to the adapted controls, it is possible to interact with objects. So, you can pick up something and toss it at the enemy. Gamers called the project “a love letter to the old shooters.” Well, we strongly recommend playing it.

A standard plot about zombies in The Final Station is played from a new side. The player acts as the owner of a giant locomotive, which travels between stations, looking for supplies and saving the survivors. In this game, you decide who gets the cherished ticket to Noah’s Ark and who is destined to perish.

BRAIN / OUT is a multiplayer shooter. Everything is simple – you need to destroy your rivals using firearms and edged weapons. The winner is not the one who is better equipped, but the one who is more agile and cunning because you can set traps, destroy walls, build barricades, and so on. The guns can be improved using spare parts found on the battlefield.

The game is free, and it has about 10,000 “very positive” reviews on Steam. You can play it alone or with friends on the same team.

Two-dimensional shooter with elements of Roguelike. The player has to pass 15 randomly generated levels and kill the final boss. But even after that, the game does not end – again, you will get to the first level and start all over again.

Nuclear Throne will appeal to lovers of roguelikes. The difficulty is increasing, the enemies are varied, and the impressive weapons arsenal will not leave you indifferent. In the pause between levels, you can choose a mutation (additional passive ability) for your hero and make him stronger and more nimble. But enemies will always be near.

Another Roguelike with dungeon exploration. You will have to find the ancient artifact – Gungeon. It is the cannon that can kill the past. According to legends, it is located at the bottom level of the most dangerous dungeon, which is guarded by dead people, evil spirits, and strong bosses. Choose your hero and try to overcome all the dangers!

Just like any Roguelike, Enter the Gungeon pleases with variety first of all. Plenty of guns, continuous action, various enemies, hiding places – all this will not let you get bored. RPG Gungeon has received numerous awards, it’s rating on Metacritic is 84 out of 100, and players consider it the best in the genre. 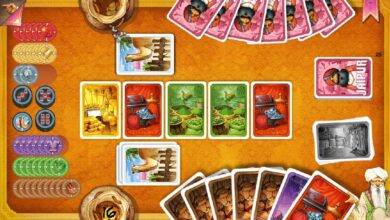 HOW TO FIND THE BEST ONLINE CASINOS IN SOUTH AFRICA

How Is Technology Changing the Betting Industry?