Video games can be a great way to express yourself and have some fun with friends. But making one on your own can seem like an overwhelming task at first! There’s so much that needs consideration, from design to marketing – even just finding time for gameplay testing is tough when you’re working full-time and going through school or another job outside of gaming. You need to flesh out the design and idea behind it, the story, and test out for any open security vulnerability and other things before release.

Choose The Game You Want To Make

Gamers go through plenty of games within a month or sometimes the same over and over. You need to think of them before you even start coding the game. What’s your target audience? What other games are like yours, and how can you make yours stand out? These are all questions you should answer before starting to code.

After you have an idea of what game you want to make and have done some initial research, it’s time to create a storyboard and design document. This document outlines all of the gameplay mechanics, characters, levels, and anything else that will be in the game. It’s essentially the blueprint for your game.

Research How To Make The Game

You’ll need to research what tools and programming languages you need to develop your game. If you’re unfamiliar with coding, plenty of resources are available online and in libraries that can help get you started. There are also many different engines available that can assist with developing your game. Choose one that best suits the type of game you want to make.

In your research, you need to figure out which tools and engine you will use. For independent games, Unity is a popular engine that is easy to use and has a lot of documentation available. For more AAA games, Unreal Engine is the industry standard.

Once you’ve chosen your engine, you can move on to the next step, where you code and set up environments! This is the meat of developing your game. You’ll need to create all the levels, characters, gameplay mechanics, and everything else in your game. If you’re working with a team, this is where you’ll need to start divvying up tasks so that everyone can work on something they’re comfortable with and skilled at.

Create A Storyboard And Design Document

Once you have an idea of the game you want to make and have done some initial research, it’s time to create a storyboard and design document. This document outlines all of the gameplay mechanics, characters, levels, and anything else that will be in the game. It’s essentially the blueprint for your game.

After creating your storyboard and design document, it’s time to start coding your game. In documenting and designing, you must be clear about your game. This will make coding much easier as you’ll have a clear goal. Work on one thing at a time, and don’t try to do too much at once, or you’ll get overwhelmed.

Coding can be the most fun part of making your game as you see it start to come to life! But it can also be the most frustrating when things aren’t working as you want them to. Remember to take breaks from coding and thinking about your game in general. Once you’ve coded for a while, it can be helpful to step away and look at your code with fresh eyes so that you can more easily spot errors or ways to improve upon what you’ve already written

Once you have the basics down, it’s time to start building your game. Whichever route you choose, there are plenty of resources available online to help you get started. This is where having a storyboard and design document comes in handy, as it will help you keep track of what needs to be coded and how everything should fit together. As you’re coding, don’t forget to playtest your game frequently. This will help you catch any bugs or glitches and make sure that the game is actually fun to play.

Playtest Your Game And Make Changes As Needed

Once you have the basics of your game coded, it’s time to start playtesting. Playtesting is essential because it allows you to see how people interact with your game and identify any areas that need improvement. Make sure to get as much feedback as possible from your playtesters so that you can make changes before releasing your game to the public.

After making any necessary changes from playtesting, it’s time to polish up your game and get it ready for release! This includes adding any finishing touches like music or sound effects, testing again for bugs, and ensuring that everything is balanced and fun. Once you’re satisfied with your game, it’s time to put it out there and see how people react! 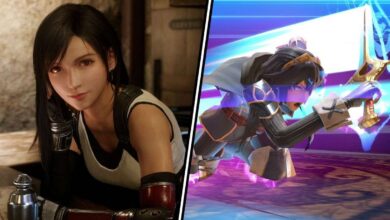 What Video Game Character You Are Based on Your Zodiac Sign

Everything you need know about playing Live Roulette 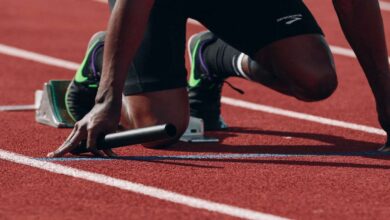 The Most Watched Sporting Events in the World