Apple often offers some products that cause quite a bit of controversy. These debates are specially heated when led by Android users. Recently, Apple held a rare April event featuring the new iPad, updated Mac, and Apple TV 4K. But there was one other device that was a stumbling block, the Apple AirTag. It’s the one that can work with Android. If you want to know more about AirTag, like what is it, how it functions, and supports Android, just keep reading this article.

Article Index show
The functions of AirTag
Does AirTag work with Android?
How to figure out who owns an Apple AirTag
Contact the owner to return what you find
How AirTag works
How much does AirTag cost
Is it possible to track a person via AirTag?

The functions of AirTag

The bottom line is that while tracking Apple devices will work exclusively within its ecosystem, Android users can help find their friends’ lost gadgets and valuables from the Apple world.

According to a new support document, AirTag has a “Lost Mode” feature that transmits a message via NFC. The message, which may contain personal information about the owner, can be read by any NFC-enabled device. I don’t need to tell you that Android smartphones received NFC even earlier than the iPhone, and even older devices have it. Now the module is built into almost all smartphones, including the most inexpensive ones.

Does AirTag work with Android?

However, this feature is activated only when the user puts the device into disappearing mode. Do not expect full functionality similar to that offered by Apple itself with its “Locator” app. Android smartphones will not be able to send the position of the beacon when the owner of the conditional Samsung Galaxy A52 passes by the lost keys. But that person will be able to pick up the AirTag and bring their phone to it. If the tag is in missing mode, a signal will be received via NFC, with a link to a special page with key contacts and a message from the owner on how to get in touch with him, and possibly a reward.

Such a feature would prevent Android smartphone users from using the Apple AirTag, but it would increase the chances of finding lost items. Of course, if the tag is rubber-stamped in place with a stack of money, there’s not a hundred percent chance of a return, but if someone finds keys or a bag of documents on the road, it’s more than likely they’ll get it back.

How to figure out who owns an Apple AirTag

These few simple steps will allow you to return to the true owner what the tag was attached to. The only fundamental factor is that the AirTag must be marked as lost. In order to do that, a person with an iPhone must walk past it. But even with only 10 percent of the world’s smartphones being iPhones, the odds of someone walking by in the city are pretty high.

AirTag is a device integrated into Apple’s ecosystem. It’s added to the Locator app and displayed like every other gadget from the company that supports the search function – computers, tablets, smartphones, headphones, watches.

When a gadget is lost, it can be found via GPS and cellular network, if available, or another way. Another way is when you have help from random passersby. This works when the phone is turned off, or if you have lost a gadget without a communication function.

The device sends signals to the space around it, and if it’s marked as lost, the passerby’s phone automatically anonymously shows where it found the find. The Apple server can receive dozens or hundreds of such signals in a day, which means that even the movement of a lost item can be tracked. In the case of AirTag, it is possible to help in the search from any smartphone. And that’s very nice.

How much does AirTag cost

Apple AirTag costs $29 each and $99 for a set of four. This is not as expensive as a keychain to wear the tag. With such a keychain tag is needed in order to, if anything, find the keychain itself. Although, it will be possible to find hundreds of times cheaper options.

A similar device is offered by Samsung. The company introduced its SmartTag along with the Galaxy S21 line of smartphones in January 2021. The gadget recently went on sale.

Is it possible to track a person via AirTag?

Theoretically, it is possible, but then, in addition to the tag, you would have to give the person an iPhone as well. The point is that when your smartphone realizes that there is an AirTag nearby, and it moves with you, it will immediately tell you about it. What’s more, if you don’t respond, the tag itself will beep. This does not apply to tags whose owner is nearby.

That is if your phone will detect the presence of someone else’s AirTag, but that person will be nearby (your friend or fellow traveler), the tag itself will not warn you about anything. This is a simple and elegant way to make tracks with Apple AirTag impossible. 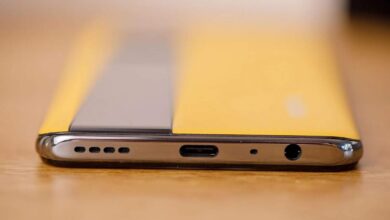 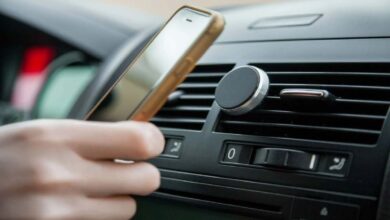 Is A Magnetic Smartphone Holder Harmful? 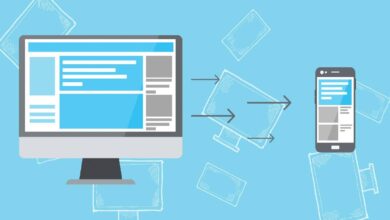