How is a fitness band different from a smartwatch? Which one to choose? Which option is better? Weighing the pros and cons to help you make the right choice.

It’s hard to say that a regular watch is completely out of fashion. But why buy, for example, a regular wristwatch for 10-15 thousand rubles, when you can buy a conditional Mi Band for 2-3 thousand, which is not worse as an accessory? Or instead of a fitness band or wristwatch, why not take a look at a multi-functional accessory from Samsung? It’s a great buy, with its practicality.

Wearable devices are no longer dependent on a smartphone – they work perfectly autonomously. They may lack functionality without a smartphone, but most of the features are still with you. By the way, what is the difference between a smartwatch and a fitness band? I suggest we get to the bottom of this once and for all!

What are the similarities between a smartwatch and a fitness band?

Both types of gadgets monitor the well-being of the owner, helping him to stay in shape and monitor their health. Both are worn on the wrist and do not interfere at all, unlike the phone, for example. The gadgets weigh very little, sometimes even lighter than a regular wristwatch.

Importantly, both fitness bands and smartwatches, although autonomous, need to be synchronised with a smartphone or tablet in order to update content (downloading weather forecasts, navigating a player, downloading software). Hence another similarity – both gadgets send health and exercise data to apps for further analytics when they sync.

What is the difference between a smartwatch and a fitness band?

The first difference is the design. A fitness band is much more compact than a smartwatch. A smartwatch is more like a traditional watch in shape. The bracelet tends to be much smaller – the main capsule doesn’t require much space, making the strap more flexible and unpretentious. Most fitness band straps are rubber, but craftsmen are inventing leather and metal ones.

The range of functions in gadgets also differs. A smartwatch can practically replace a smartphone: when synchronised, you can download music or podcasts to listen to without a smartphone. The ability to answer calls and pay for purchases using NFC is another advantage of a smartwatch, although, lately Xiaomi has been releasing its own fitness bands with NFC, making customers insanely happy. Small things, but nice.

Smartwatches are a great set of everyday features, while fitness bands are more focused on exercise and tracking your well-being.

Why choose a fitness band

If your goal is not to duplicate the functions of a smartphone and spend as much money as possible, then choose a fitness band. The range is obscenely large. I’ve been using a fitness band for over two years now and I can tell you that it’s the perfect accessory. It’s unpretentious, fast, and completely distraction-free, complementing my smartphone perfectly.

I use the Mi Band 4 fitness band to train and motivate myself: I like to keep track of the number of steps I have taken during the day, and after my workout, I examine the data I’ve received about my well-being (maximum heart rate during the workout) and the work I’ve done (for example, the number of calories burned).

I’m insanely happy that the fitness band doesn’t require frequent recharging: with the right settings (backlight level at night) and disabling some functions (social media notifications and vibration during an incoming call) the same Mi Band is able to last a month without recharging! With each update, there are new features such as an alarm clock, timer, stopwatch and weather forecast.

A fitness band is a great inexpensive gift for your loved one, even if he or she isn’t interested in working out. Rest assured, the gift will be appreciated even by the most fastidious friends.

Why buy a smartwatch

Smartwatch is much more expensive than its younger cousin, while the arsenal of features is much more. Such a device allows you to listen to music without a smartphone, to answer calls even if you forgot your phone at home (if you have e-sim), to pay for purchases and to view notifications on a comfortable large display. It’s worth noting that smartwatches track your well-being and health data better and more accurately than fitness bands: stress sensors, pulse oximeters and many other smart features are now built into them.

But there’s a huge downside: such watches don’t last as long as fitness bands. If you optimise performance, the battery lasts at best 3-4 days. If you’re counting on a smartwatch as a standalone device, that’s something to live with and accept – in any case, there’s more battery life than the smartwatch with the most survivable battery.

A smartwatch as a gift is a double-edged sword. On the one hand, it costs a lot. On the other hand, it can fall short because the person you give it to, despite their iPhone, might prefer a Galaxy Watch to an Apple watch. Keep in mind that a smartwatch is no longer an accessory, but a gadget in its own right. In this case, a fitness band is much more versatile – it will suit anyone.

Be brave enough to choose a smartwatch if you want to have a smartphone on your arm: with it, you won’t be lost, even if you forget your phone at home. A fitness band is a great all-around gift that will complement your smartphone and cost many times less. 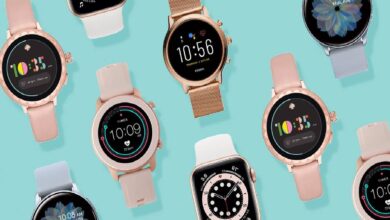 How Smartwatches Increase Our Stress Levels 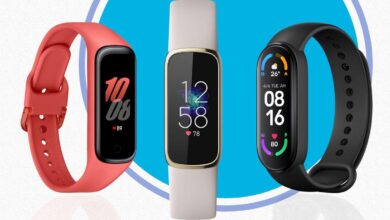 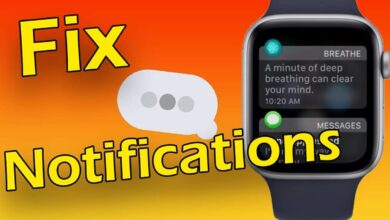 FIXED: I Don’t Get Notifications On My Smartwatch